The witch doctor is a pretty versatile class, and this fetish build takes advantage of the witch doctor’s pets. Every single time you cast Firebats, your basic attack, you have a 5 percent chance to summon fetish sycophants for 60 seconds. These companions hit like a truck and can take a fair number of hits as well, leaving you free to maneuver around the battlefield without enemies blocking your path. 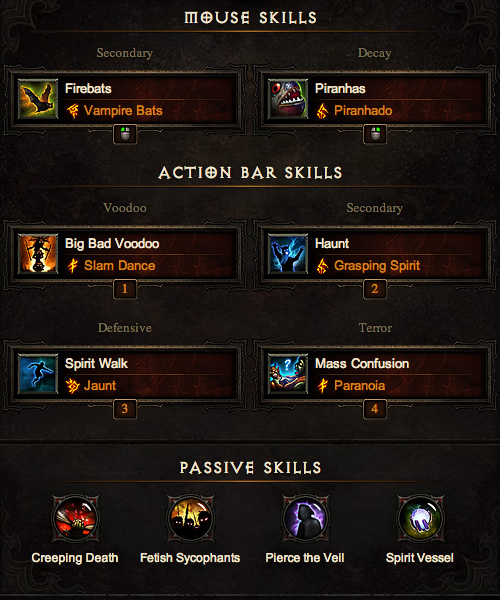 Need to do some burst damage? Haunt deals 1,465 percent weapon damage and slows movement by 60 percent, and it only costs 200 mana — less than Firebats and Piranhas. Big Bad Voodoo is especially useful when playing with friends because it increases everyone’s attack and movement speed by 20 percent.