Sometimes gameplay gets a little too frantic. Sometimes it’s nice to be able to play a little without getting all worked up and frantic. 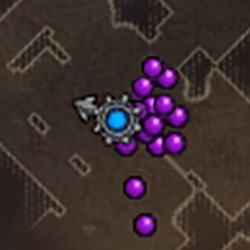 If you can have an army of pets doing the hard work for you, then why not consider a more relaxed style of play. Think Lebowski. Think McConaughey. Think about being able to watch a movie while still collecting your Horadric Caches.

The Zen Witch Doctor is not the most powerful build for the class, but don’t mistake it for being weak. With the right gear you will still mop up enemies, you’ll just get the job done with the least amount of effort. 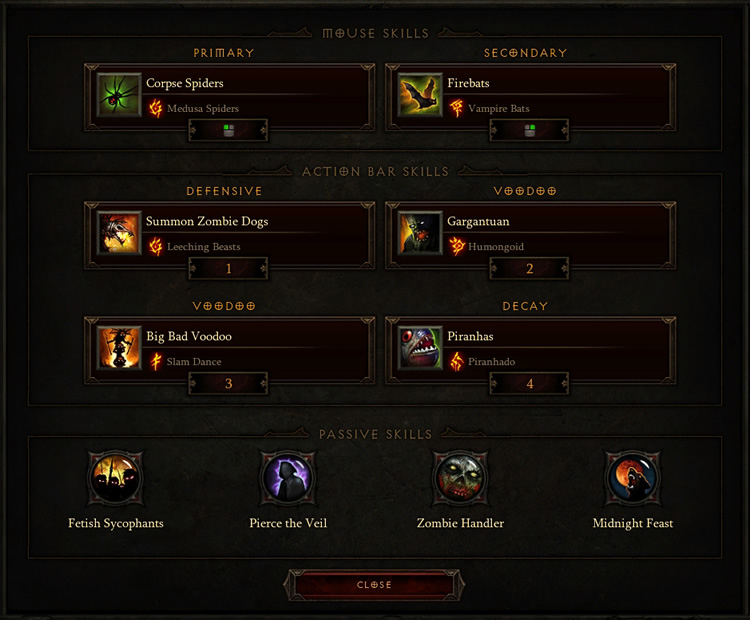 In order of importance:

Like many current Witch Doctor builds, this makes use of an army of angry Fetish Sycophant warriors doing your killing for you. You should never have less than a half dozen of these tiny soldiers running around.

These days most Witch Doctors just call this skill “Generate Fetishes”. It does plenty of nice damage on its own, but its best use is creating your army.

The name of this rune is probably a reference to Lost, but we’ll forgive it for that. You’ll throw a few of these guys down if you are low on mana or if enemies try to run, since the slow effect will help keep them in range of your bats.

Take the damage boost. You only have two skills that are using mana, so you should almost never be running low anyway.

Here is the trick to not stressing. A fast rate of healing is how the Zen Witch Doctor stays so relaxed. What those dogs lack in damage they make up in health.

Most Witch Doctors use the mighty Wrathful Protector. Not you. You are zen. You are summoning the Zombie Dogs and the Gargantuan once in the beginning and then not worrying about them anymore.

This will only be used on the tougher battles, unless you get that orange knife that decreases the cooldown when your fetishes attack, in which case you will use it quite a lot. Your pets do not need to stand within range, only you do.

Two passives often overlooked. You want to maximize your pets; they are working hard and you are not.

Ah, Spirit Walk. Something like 80-90% of Witch Doctors use it, and it can be a Godly escape power. We all know how great it is. But it’s not very zen.

If you find you absolutely must have it then switch out Big Bad Voodoo, but remember, the Zen Witch Doctor is about being chill. Take life as it comes, man.

Go for physical damage boosts on gear where you can. It’s what your Fetishes use, and you specifically avoided taking the poison and fire runes on your other pets.

Put a priority on critical chance and damage, the bonuses are now applied to your pets too.

Movement speed: you are going to want a little more than the average Witch Doctor, because you skipped Spirit Walk.

You want Life On Hit to take advantage of those five Zombie Dogs and their Leeching rune. But also make sure you get at least a little Area Damage (your pets can’t proc the effect, but your Firebats do and they are flowing pretty freely at all times, usually on multiple tight knit enemies.)

How to use it all 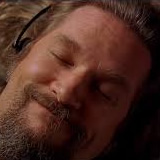 Be chill. When you are close enough to an enemy with a lot of life, park yourself and channel some bats for a while. Summon the Piranhas only for special occasions.

The rest of the time you just go with the flow. Walk around. Pick up some treasure. Maybe read a book. Enjoy a beverage.

This build is not for Hardcore, and it’s not for T6. Sure, there are stronger and faster Witch Doctor builds out there, but this is the one to try if you want some lazy relaxing play at the end of the day without your heartbeat racing. It’s fun, and it will allow you to run some bounties while achieving a lower state of consciousness. 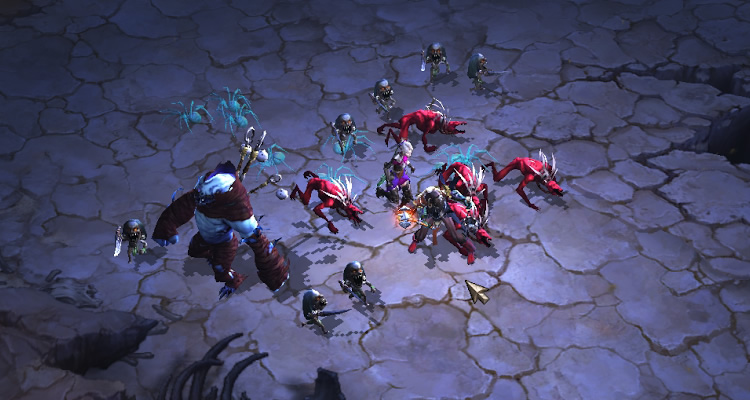