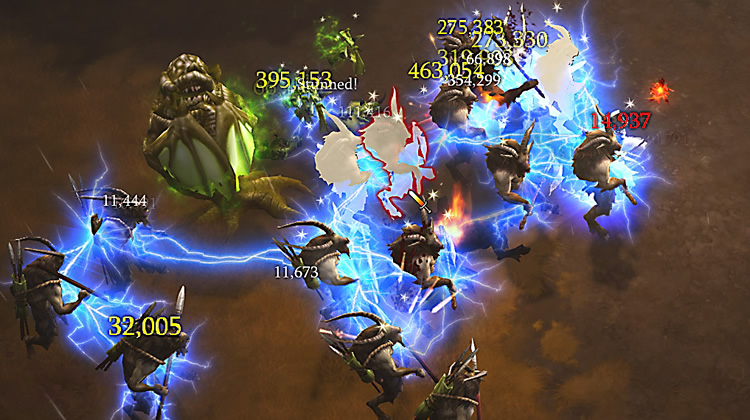 Don’t get us wrong, Frozen Orb is still king, but the Devs are encouraging damage diversification for a reason. And since you can only reroll one property on each piece of gear, here is a fun little way to make use of all that lightning gear you keep throwing away. 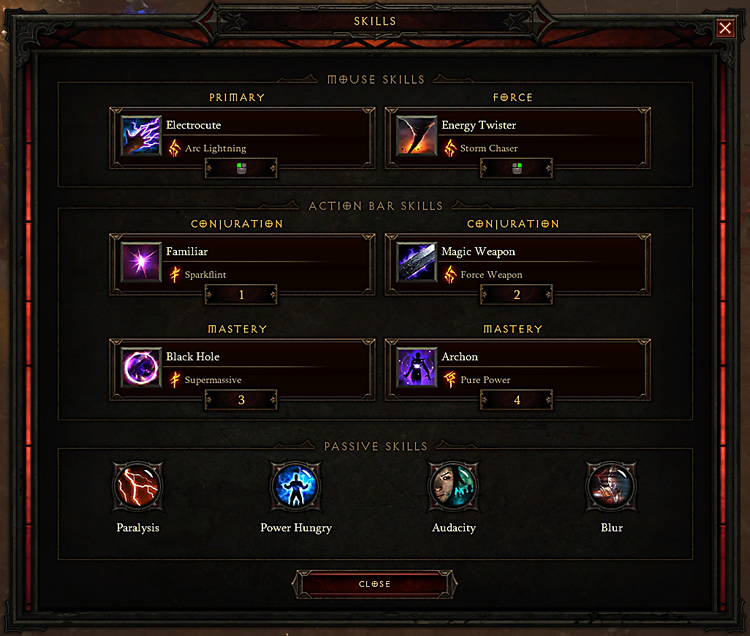 It’s a very wide, short cone, but you’ll get the hang of aiming pretty quickly.

Also tricky to aim at first, because you are probably accustomed to Frozen Orbs.

The way to line up your prey for the first two attacks.

Love extra damage. Force Weapon still comes out ahead of the Electrify rune.

Use early and often. If you are one of those weirdos that hates Archon, then try either: Reactive Storm Armor or Lightning Hydra.

The short range on Arc Lightning will pay off with Audacity.

I wish the odds were higher on Paralysis, but it still procs a lot.

This build fights up close and dirty in solo play. If you prefer multiplayer, change the Arc Lightning rune to Chain Lightning and switch out Audacity for Glass Cannon. Your aiming methods will completely change but you’ll keep zapping.

You’ll want a little more Toughness than other wizards because you’ll be in the thick of melee all the time.

You are going to want to try to get your hands on the Vyr’s Amazing Arcana set if you can. Current theory is that your Archon damage will default to your biggest gear bonus.

If Vyr is too hard to find but you want to use the Asheara / Unity trick, just switch to group tactics.

It’s hard to aim, but electricity is a satisfying way to fry your enemies and make them twitch.