While leveling my Barbarian to 70, I thought it’d be fun to take a slight break from the Bounty grind and go on a hunt for the elusive Murlocket. I’m a sucker for Diablo Easter Eggs, and the Murlocket is one item which I’d yet to unearth.

For those of you unaware, the Murlocket is a magical (blue) amulet which has a neat little effect. When equipped, it spawns one of the menacing fish people of Azeroth…a Murloc!

The thrill of hunting down this rare novelty item, along with the cool effect that it has, are the primary reasons for farming it. The amulet itself is actually quite crap, which is no surprise considering it’s a blue. At one time the Murlocket was a Legendary amulet, and even then, it was still pretty worthless.

The amulet can drop for characters of any level, but will always be a minimum item level of 45 (mine dropped at ilvl 61). In addition, it always drops with the following properties:

If you’re using a build that is configured and itemized for poison damage, the Murlocket could be a fun toy to equip while leveling – if you get one that’s well rolled. The problem is, if you take this amulet to the Mystic and try to re-roll any of the properties – trying to get + experience, for example – the item is still treated as if it were a Legendary, and it costs an arm and a leg to enchant.

Even if Blizz had to greatly reduce the drop rate, I think it’d be cool if they actually made the Murlocket into something worth equipping. Not just for the fun little effect, but maybe make it something that certain niche builds would want to farm.

Regardless, it’s still a fun item to have, and the process of farming it is actually relatively painless, and quite rewarding.

So…where does one go to find the Murlocket?

First, you need to start a game in Campaign Mode and head to Act II, Quest #5: Unexpected Allies – Find the Wretched Pit. If you don’t want to listen to Leah yammer on about her long lost mother, then you can start on Quest #6 or later. 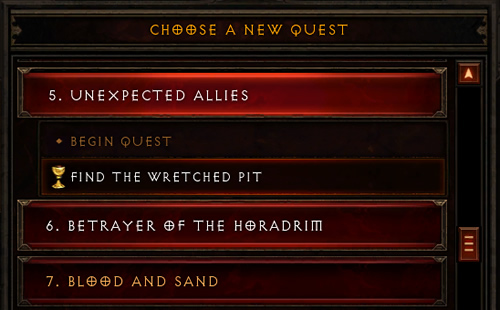 Next, head to the Sewers of Caldeum waypoint and comb the sewers for a rare mob called Moontooth Dreadshark. 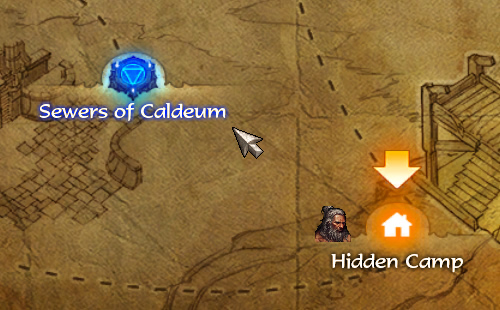 The Caldeum Sewers is a really small area, so searching for this mob is a fast process. 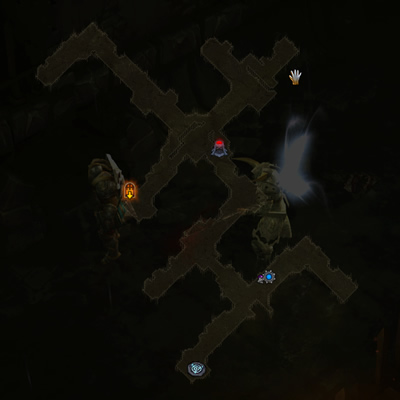 Moontooth Dreadshark will be hidden beneath some scattered bits of flotsam, emerging to attack when you get close. This mob usually spawns in a central to NE area of the map, often right after the set of stairs that lead to a little dead end. You’ll know Moontooth Dreadshark is in the sewers if you locate some debris that you cannot click on. 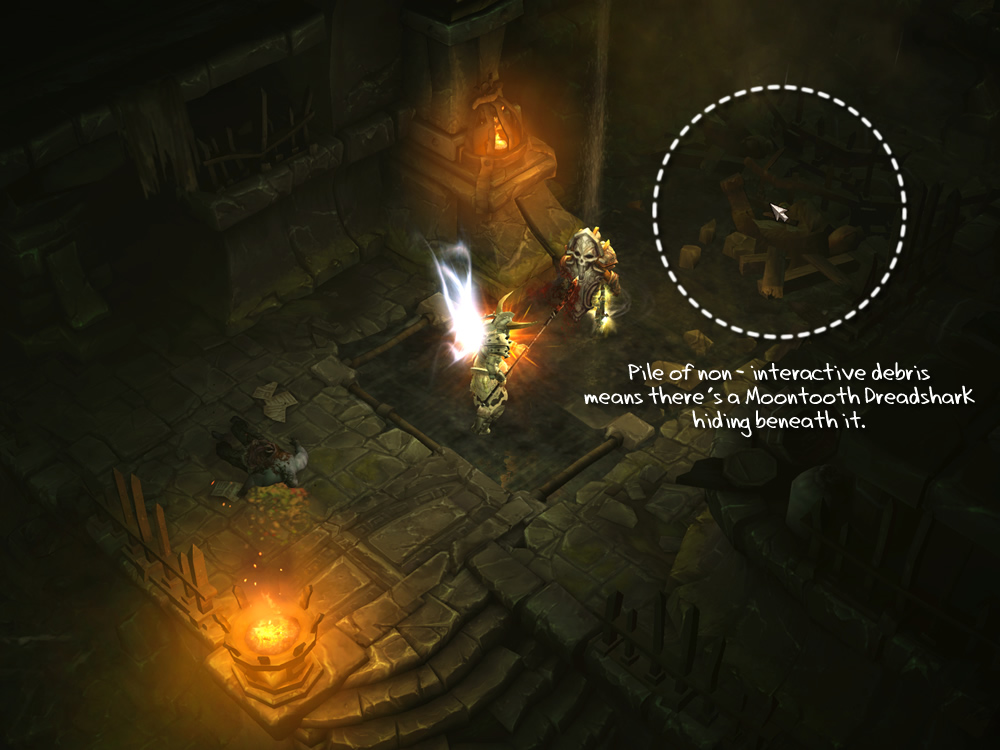 Once you get close, the area will rumble, then up will pop Moontooth Dreadshark. 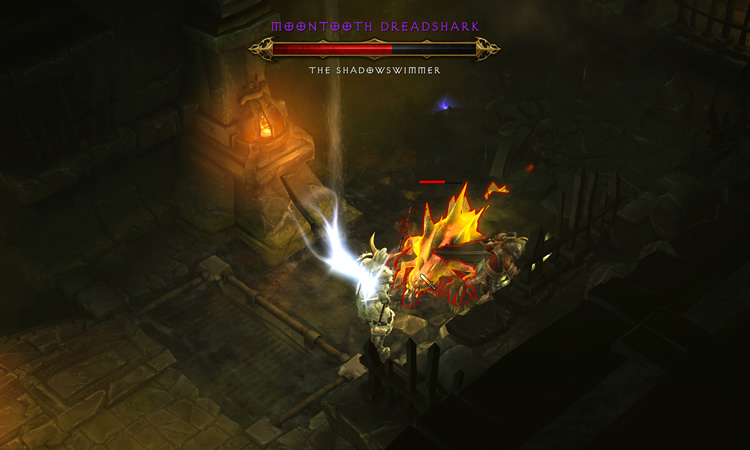 There’s really nothing special or difficult about this mob, so just pummel it until it drops the goods. 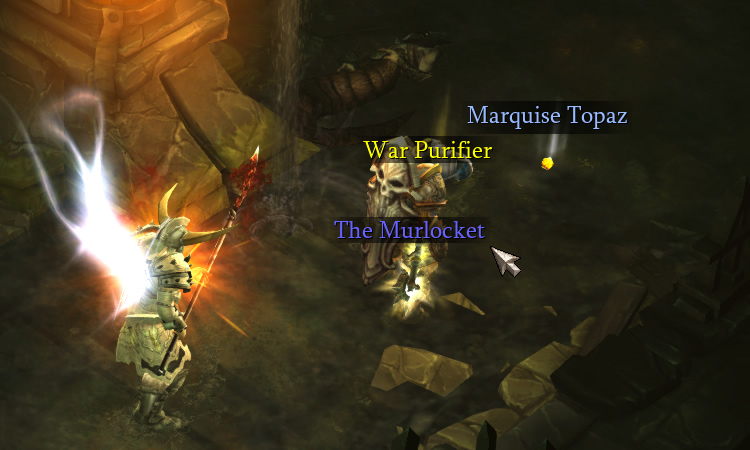 I don’t know what the spawn rate is for Moontooth Dreadshark, but my experience was 25%. I ran the sewers 16 times and saw Moontooth 4 of those times, so do note that this mob is a rare and will not always be present. In addition, there is no guarantee that it will drop the amulet. I killed Moontooth 4 times before the amulet dropped. Each time it dropped a rare item, then on the 4th kill it dropped the additional blue Murlocket.

The Sewers of Caldeum…a nice place to farm

One thing I discovered while on my little farming detour was how bountiful the Caldeum Sewers can be! In my 16 runs – which were really, really quick – I acquired or encountered the following: 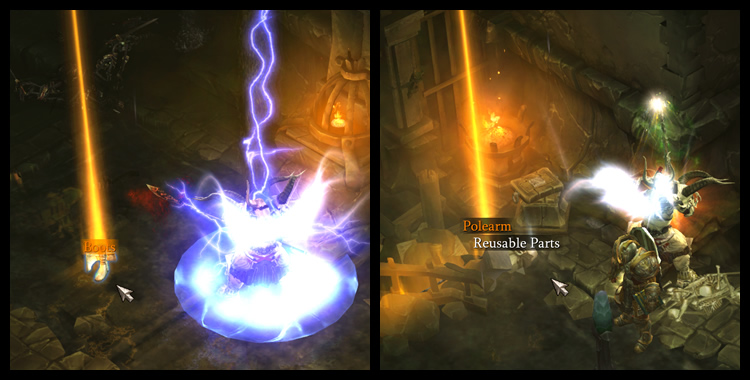 The 2 Legendary drops were a real unexpected bonus, especially since I was only running these on Expert.

If you haven’t already collected this little novelty item, I suggest you plan an adventure into the sewers one day. It’s not only a fun diversion, but based on my experience, the side benefits of farming for the amulet are quite rewarding. You can down every mob in there and explore the entire map within a few minutes, and given the amount of champions, rares and uniques you’ll encounter, the possibilities for sweet loot are pretty decent. 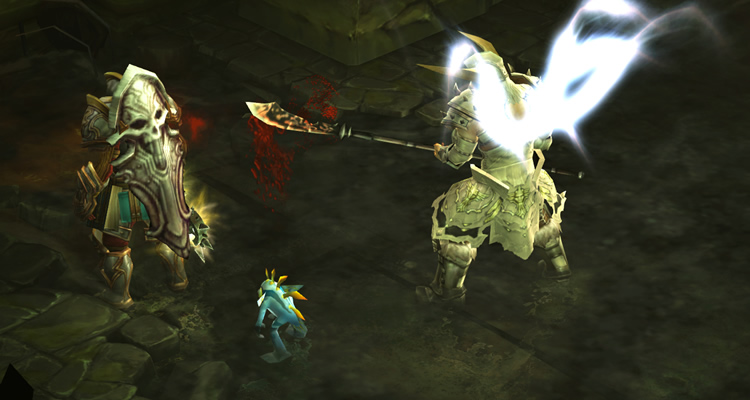