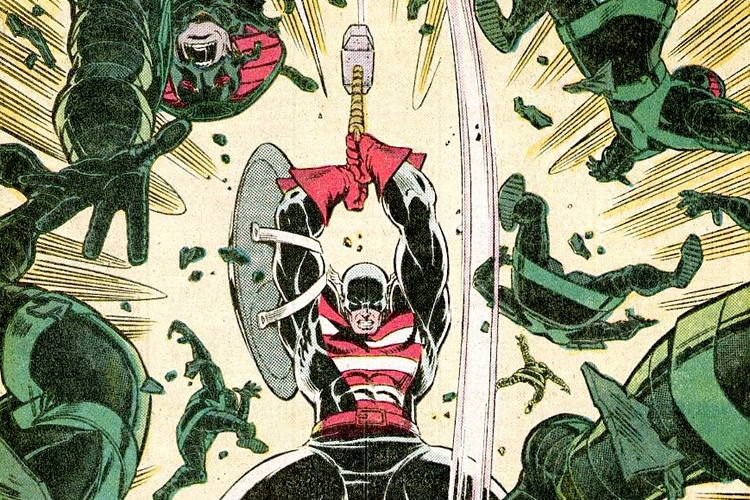 Most Crusader builds can work well with either a one-handed or a two-handed weapon, switching out Heavenly Strength for Fervor, depending on the better weapon drop you get. But most of the time the numbers still favor two-handers, especially now in patch 2.1.

To get the most out of a one-handed build, one has to take full advantage of attack speed and staggered short cooldown attacks. We present for you: The Marvelous Avenger.

The legends tell us of an ancient paladin with such a build, who fought with a team of noble heroes that inspired his abilities. He was never afraid to raise hammer and shield and smash puny gods with his bravery and high box office grosses.

What are his skills?

They say a Norse God of thunder once travelled with the Avenger, teaching him the ways of throwing large hammers at his enemies. 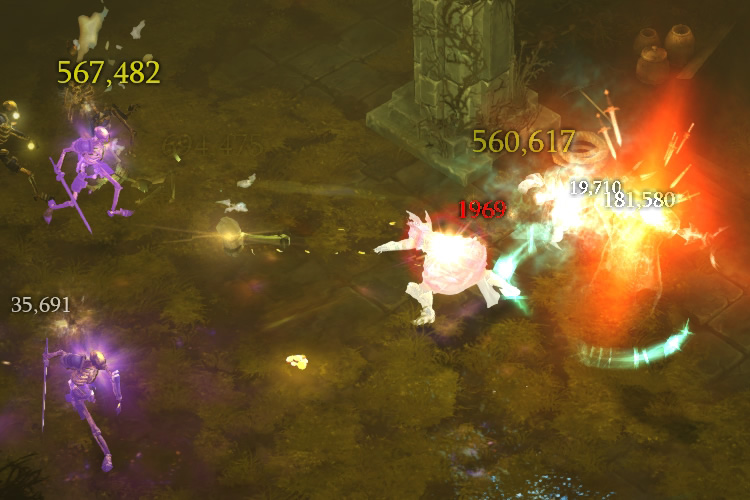 You could use Holy Bolt instead of Crack if you have low Healing.

That said, you should switch to Punish + Retaliate when you are fighting bosses.

A noble patriot, the Avenger was fond of using his shield as an offensive weapon, inspiring most Crusaders to this day. Some expect Blessed Shield here, but this build works better at close range and you have your hammer to hit those at a distance.

Many Crusaders argue that Fist of the Heavens may be the best secondary, and it’s a great attack. But it doesn’t fit with the comic book theme that I’m failing to be subtle about.

Also, change the rune to Pound when you are going into a boss battle.

Another friend of the Avenger was a brilliant warrior in a full suit of iron armor. Use the Flash rune at first, but then switch to Explosive Skin after you get yourself a pair of Illusory Boots (easy to get: Act II Horadric Caches).

The Avenger also travelled with an archer that was said to have eyes like a hawk. For tradition, you should shout the word “Assemble!” every time you trigger Phalanx.

Or . . . don’t. Actually, don’t do that. Forget I said anything about that part. 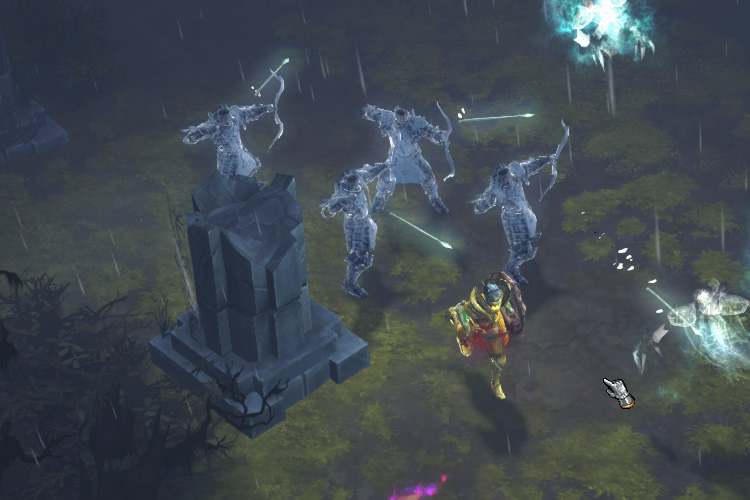 The Avenger once followed a leader who was known for his great fury, who would strike down upon his enemies with great vengeance and furious anger.

Technically, you could trade this out for Falling Sword + Rapid Descent and still fit the motif.

A nice burst of damage you get to dish out quite often. Pretend I made a reference to Black Widow or the Hulk or something. 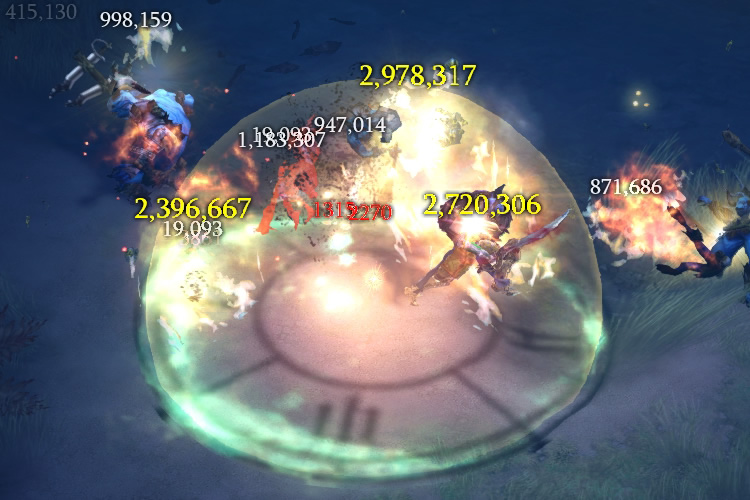 Fervor is obviously the key passive for 1-handed Crusaders.

Holy Cause for extra damage.

If you have enough sockets to make Finery worth it, go with that. Otherwise, Hold Your Ground or Towering Shield.

It’s also been mentioned that Fervor Crusaders are the only heroes that can really make good use of the Hallowed Protector set. (Though Born’s is still also an option.)

We won’t waste our time on the Armor of Akkhan because we’re not taking advantage of Akarat’s Champion. But Roland’s Legacy is fantastic with this, and it leaves room for a Piro Marella. Just make sure you use a Ring of Royal Grandeur so you can keep the Illusory Boots I mentioned before, freedom of motion is key for this Crusader.

The references to a certain copyrighted comic/movie franchise notwithstanding, this is actually a very easy Crusader build to play that can keep up with many 2-handed teammates. Excelsior!