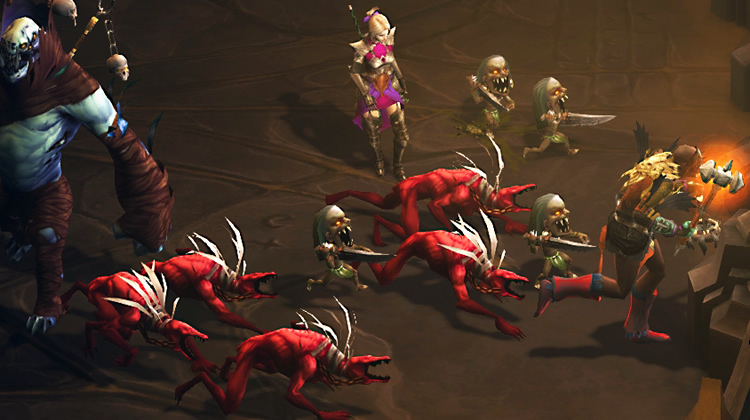 It’s not been long since patch 2.1, but another update has already arrived, a bit faster than expected.

Sadly, it does not contain much. It looks particularly like a short love letter to Witch Doctors using a pet build, but rest assured, we’re still prepared to break down every tidbit for something important.

All pets across the board have gotten some general defense boosted, but Witch Doctor pets are benefiting from multiple improvements in health, speed, and range.

Boon of the Hoarder

They didn’t change anything. You’re still getting all your money. They are just making it less visually impressive, so it’s less fun to take screenshots.

Group key hunters will be seeing more frequent drops thanks to a rule-change so obvious it’s weird it took this long.

This change is a wash. Rolling for items is way more expensive, but your odds of getting something good have improved (they claim it’s proportional).

A number of specific monsters have been tweaked to be less tough. Again, this was a small patch so there wasn’t meant to be a lot involved. Nothing good was taken away, so be happy and go kill demons.