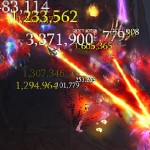 Why would anyone ignore this stat?! A little while back, some very thorough analyses of the Area Damage effect appeared online. I personally love splash damage, and these reports vindicated a long standing debate over the numbers involved, so you would think the player base would have fully embraced the stat by now. For some reason I can’t fathom, large sections of the … END_OF_DOCUMENT_TOKEN_TO_BE_REPLACED 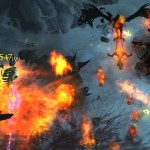 There is more than one way to fire explosives from a crossbow. Blizzard has recently featured an interesting Demon Hunter build that is centered around the Rocket rune for the Strafe attack. In our previous rocket-based Demon Hunter build, we noticed how easy it was to swap the rockets for grenades. Intrigued by this strafe idea, today we’re going to experiment and see if the … END_OF_DOCUMENT_TOKEN_TO_BE_REPLACED 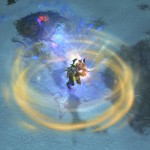 Blizzard has promised big things for the awaited Patch 2.1.0, which will supposedly make major changes to crafted items and Monk powers. But instead this week we got a very small patch, which only barely touched on just those two things and nothing else. In a move that can only be described as either "Hey, guys, we better put a patch out this week...For some reason!" or else … END_OF_DOCUMENT_TOKEN_TO_BE_REPLACED 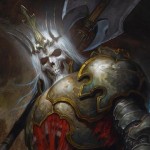 Your plan for your endgame gear demands careful consideration for the one piece of gear that opens or closes all other set synergies. The Ring of Royal Grandeur isn’t essential for everyone, but it affects your other options so much that the choice to use it or not should be the first choice you make. The Argument in Favor Even if we forget about sets this is a pretty good … END_OF_DOCUMENT_TOKEN_TO_BE_REPLACED 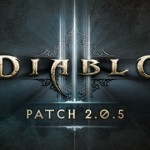 Another new patch has dropped, and rather than letting your eyes glaze over poring through the notes, we’re just going to point out the highlights for you. The Elements The main focus of this patch appears to be in damage type, as the developers appear to want more variety in elemental damage. Wizard Archons now change their elements based on rune, Barbarians got a lot more … END_OF_DOCUMENT_TOKEN_TO_BE_REPLACED