In keeping with our attempts to provide elemental diversity, we offer you a Crusader with a fire theme.

The overwhelming majority of Crusaders are speccing holy at this time, which makes me wish the auction house was still around to get dirt cheap fire gear. 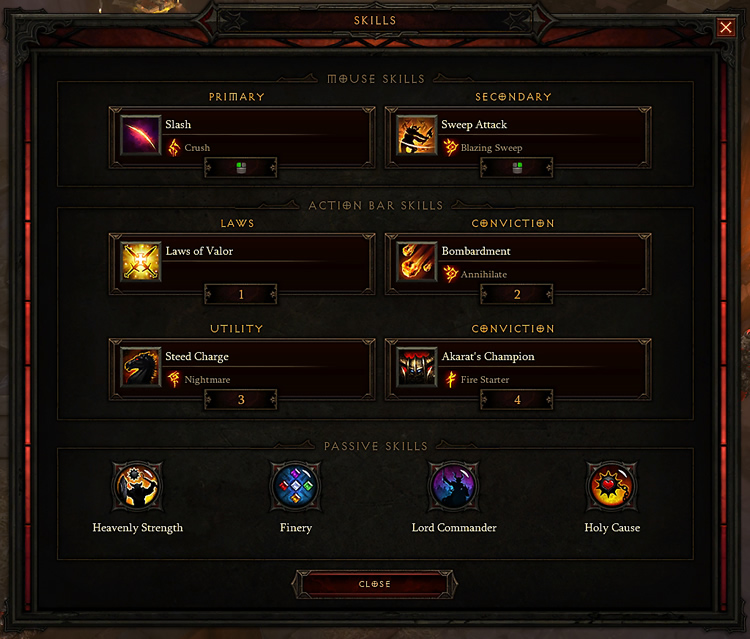 Most Slashers opt for Zeal, but we want Crush for the crit boost.

Work up an alternating rhythm of Slash and Sweep attack, favoring the former, to allow Blazing Sweep’s burn to be as efficient as possible. 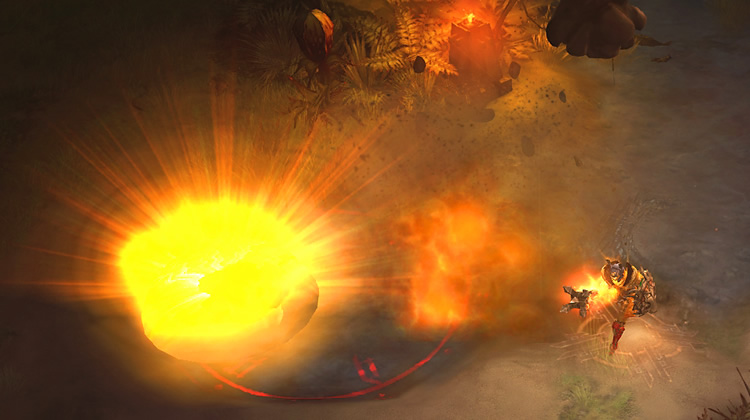 Automatic crits from the sky!

Mostly for breaking out of immobilizations, but the trail of destruction is nice.

Using any rune other than Rally will be an adjustment for some people, but you’ll manage. You want the damage boost for tough elites.

For your final (and only non-fire) skill, it’s a tossup to personal preference. Phalanx will get a bonus from one of your passives, but people opting for multiplayer will get better use of the Law.

Lord Commander is an obvious choice.

This build works equally well with Fervor or Heavenly Strength, so the choice of 1-handed or 2-handed is down to what weapon drops.

If you don’t have enough socketed gems to make Finery worthwhile switch it for Righteousness.

Holy Cause is still worth it despite the lack of Holy damage.

Fire is one of the easier elements to collect gear for, and this build is obviously friendly to the Cindercoat and Cinder Switch combination. If you choose the Fervor route you will be one of the few people to actually get good use out of the Born’s set (at least until you start farming Akkhan).

Just because you have a lot of crit bonuses on your various skills is no reason to ignore them on your gear and Paragon Points. Stack that crit!

Don’t be afraid to step out of the crowd of Holy Crusaders to be the warrior who wants to set his or her enemies on fire and listen to their screams as they’re reduced to ashes.