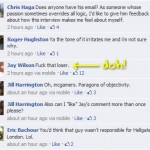 In response to the heated comment he made on Facebook regarding David Brevik's criticism of D3 and Blizzard's dev team (see below), Jay Wilson addressed the Diablo 3 community today with an official apology. The apology itself was a class act - with Jay demonstrating a lot of humility - but even better were the comments that went along with it. In his forum post, Jay … END_OF_DOCUMENT_TOKEN_TO_BE_REPLACED 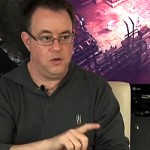 IGN posted a video interview with Jay Wilson where he discusses the hows and whys of Inferno difficulty - as well as gameplay strategy in Inferno. According to Jay, Blizzard tuned Inferno mode until the internal test team found it challenging enough - then they made it twice as hard. He also goes on to say that Inferno mode can be conquered by a solo player, but that co-op … END_OF_DOCUMENT_TOKEN_TO_BE_REPLACED

IGN and GameSpy recently sat down with Diablo 3 game director director Jay Wilson, to ask him some questions about Blizzard's upcoming sequel to the overwhelmingly popular Diablo franchise. One of the the interesting tidbits from the interview came out at the very end when Jay answered a question concerning Diablo 3's storyline. It seems Belial will be present in Diablo … END_OF_DOCUMENT_TOKEN_TO_BE_REPLACED