These are the 4 different versions available for pre-order:

This list contains a breakdown of the 4 different pre-order options, including a description of the extra goodies that are contained in the deluxe digital edition and the Collector’s Edition. 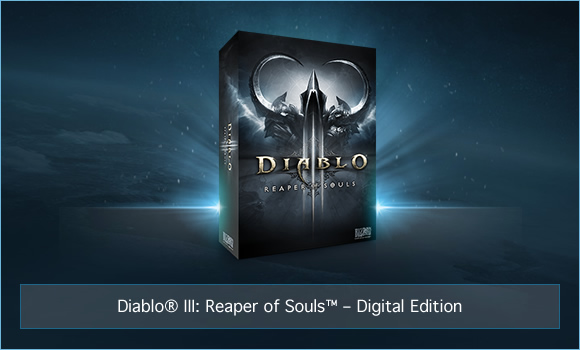 This is the basic digital download which you can pre-order right now at Battle.net. Purchasing this version will allow you to log in and play immediately once the servers go live at 12am on March 25th, 2014.

For those of you that want a DVD boxed copy, you can pre-order a boxed edition from Amazon. 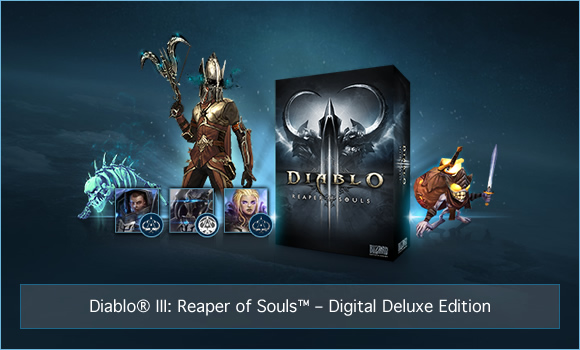 This version contains a digital download of the game, plus all of these extras… 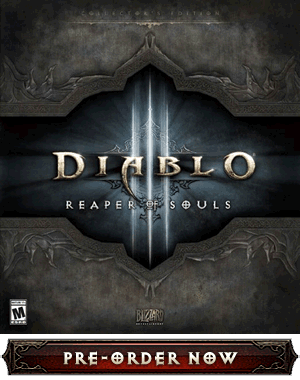 Buyers of the Collector’s Edition will receive a redeemable code for 3 Hearthstone Expert Card Packs.

Assuming the exclusive hardbound art book is similar to the one included in the original Diablo 3 CE, that alone will be worth $20.

IGN put together a nice video of a CE unboxing. Have a look if you want to get a peek at what’s inside. 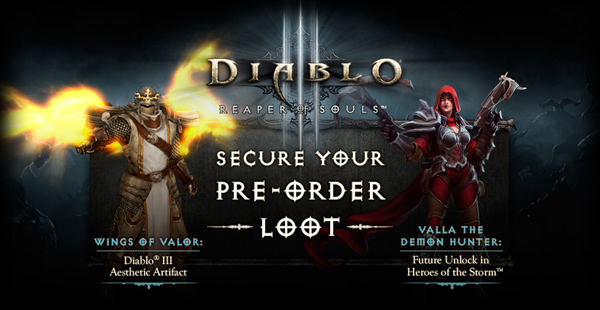 Update: Blizzard announced that they will reward players who pre-order the game by granting 2 additional loot items: Wings of Valor & Valla the Demon Hunter. Wings of Valor are an aesthetic item similar to the wings included in the original Diablo 3 CE

. Valla is a future hero unlock for Blizz’s upcoming MOBA, Heroes of the Storm. Purchasers of the retail edition just need to redeem their in-game key by March 31st in order to get the bonus loot, so you can still qualify even if you don’t pre-order, just as long as you redeem your game key by March 31st.

And yet another update: Blizz has sweetened things a bit more by adding Hearthstone Expert Card Packs to the offer. No pre-order necessary. Standard versions come with 1 pack, Digital Deluxe and CE come with 3.